Gambling is a continually debated subject throughout society because of the moral standards it holds its participants to. The sport in general provides a person with the opportunity to enhance monetary or other stakes, while wagering the same. Four different categories of gambling make this game of chance a complicated subject to determining whether these ethics should be continued in the popular sport. Vague categories include conventional gambling, social gambling, professional gambling, and animal competitions. Conventional gambling, the most popular form, involves casinos, lotteries, and online gambling. Many people argue that this is the most destructive form of gambling because of its tendency to become addictive. In contrast, social gambling is associated with Bingo, a friendly poker night, or a sports pool, and is perhaps the least controversial form of gambling because it is typically played in good humor and without high wagers. Professional gambling regards all forms of publicized casino games, poker, etc. as sport, but is comprised of a small percentage of gamblers who sometimes may even gain enough media hype to replace their losses. This may also include participation in the stock market, only at a more anonymous level. Lastly, animal competitions classify horse and Greyhound dog racing as increasingly divisive sports among spectators because of recently-exposed impropriety in the effects that result from these animals mistreatment. At a closer look, animal racing exemplifies the horrors of gambling and the immoral deviances it implies to overshadow what this type of gambling really encompasses: animal cruelty. 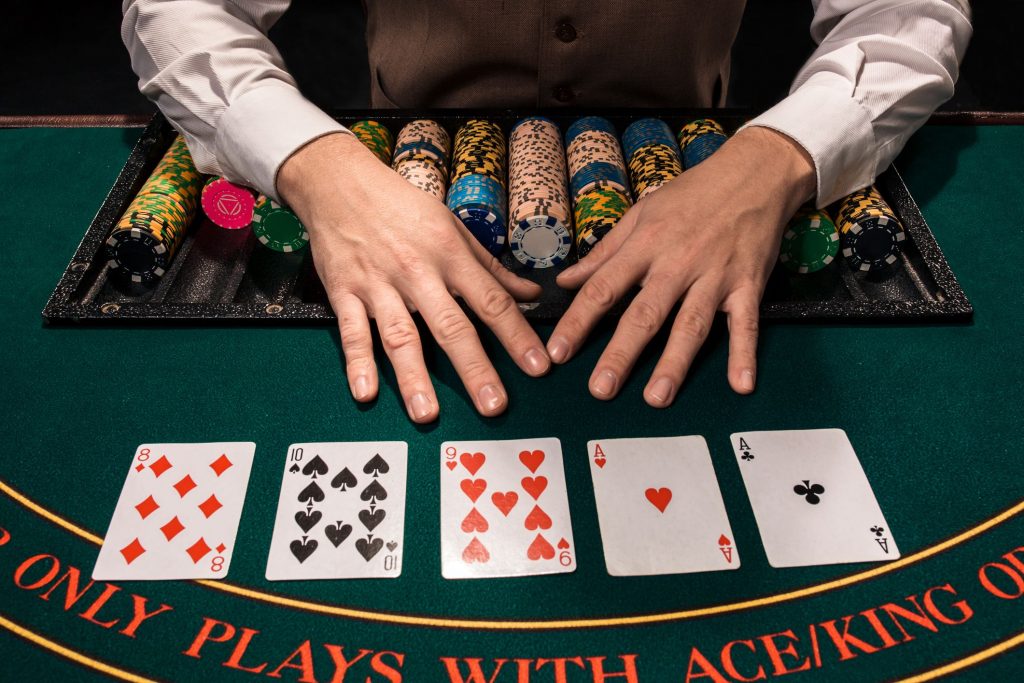 Arizona provides a home to many popular gambling features, including casinos (many located on Indian reservations), a state lottery, and Off Track Betting options. More prominently, Arizona has come to have three horse and three Greyhound racing sites, the second largest animal gambling state in the United States. In addition, more and more casinos have been created on Indian reservations, feeding into the need for more animal competitions to continue the profitable proportion between slot machines and animal tracks so the money to support each will circulate between politicians, the government, and the track owners effectively (money to the politicians from track owners to keep vote for publicity and donations; money to the government from casinos; money to track owners from racing profits). Collectively, the state of Arizona remains very much opposed to abolishing animal racing altogether, much less putting an end to the abuses of the animals that have so successfully in the past brought paying spectators to the industry of gambling.

A money-oriented view of this conflict shows seemingly-endless profit on the behalf of the track proprietors and lucky animal owners; however, without money, perhaps these profiteers would better understand the torture their horses and dogs suffer. Horse racing, for example, permits so that race stewards have the option to hardly examine “whip violence” caused by overanxious jockeys-restless to cross the finish line solely for money. Over 2,000 horses yearly are injured while racing and must be put to sleep, unnoticed and having wasted their lives on a sport which did them more harm than good. Similarly, thousands of Greyhounds per year are hurt on the racetracks, but most of these injuries are never even reported. It is also unfortunate how animals of both species that are determined as too weak or wounded to run are frequently medicated prior to races in an attempt to enhance their performance and relieve pain, despite the long-term damage this does to their bodies. In fact, 60 to 90 percent of race horses have been diagnosed by the Veterinarians American Association of Equine Practitioners as “significantly lame,” yet are continued to be driven past their physical limits, even to the point where death is too common to worry about-owners simply purchase a younger, healthier horse and repeat this cycle instead. Even more extreme is the noticeably unnoticed thinking behind killing Greyhounds once they are deemed “no longer profitable.” The practice of provoking unnecessary harm to horses and dogs for sport is seen from the perspective of money-blinded humans as a short-term investment to get-rich-quick; while, in reality, it serves only to endanger the lives of thousands of tortured horses and dogs.

There is no denying the fact that money drives the gambling industry. It is fortunate that, within the last twenty years, research has been publicized summarizing the shocking profanities of animal racing. Because of this information, commercial horse and dog racing nationwide have experienced economic declines; unfortunately, this may be short-lives, as the opposite is predicted for southern states in the future, including Arizona. Southern states provide more gambling opportunities (partly because of the abundance in Indian reservations), and as a result contain a higher percentage of addicted gamblers. Most of these statistics are seen among casinos, and if horse and dog racing industries succeed in combining the casinos and animal tracks, the results may be catastrophic for the victimized animals. The reason for the current prevalence of casinos on Indian reservations is that the Indian Gaming Regulatory Act in 1980 was passed to regulate between Indian and state profits concerning gambling-thus, any money made within casinos on these reservations benefits both the state and Indians. Furthermore, by phasing casinos into horse and dog gambling locations, the government has the opportunity to earn money from not only these Indian reservations, but its own gambling funds as well. Major steps have been planned by the state of Arizona, as well as many others, to begin merging the two giant industries into one. Such an entity would create a massive gambling attraction, encouraging the government to introduce more racing locations around the country. The world must either be prepared to fight against the merging of casinos with horse and dog racing locations, or face a giant industry of evil that serves to suck people and their money in while throwing animals’ lives out. 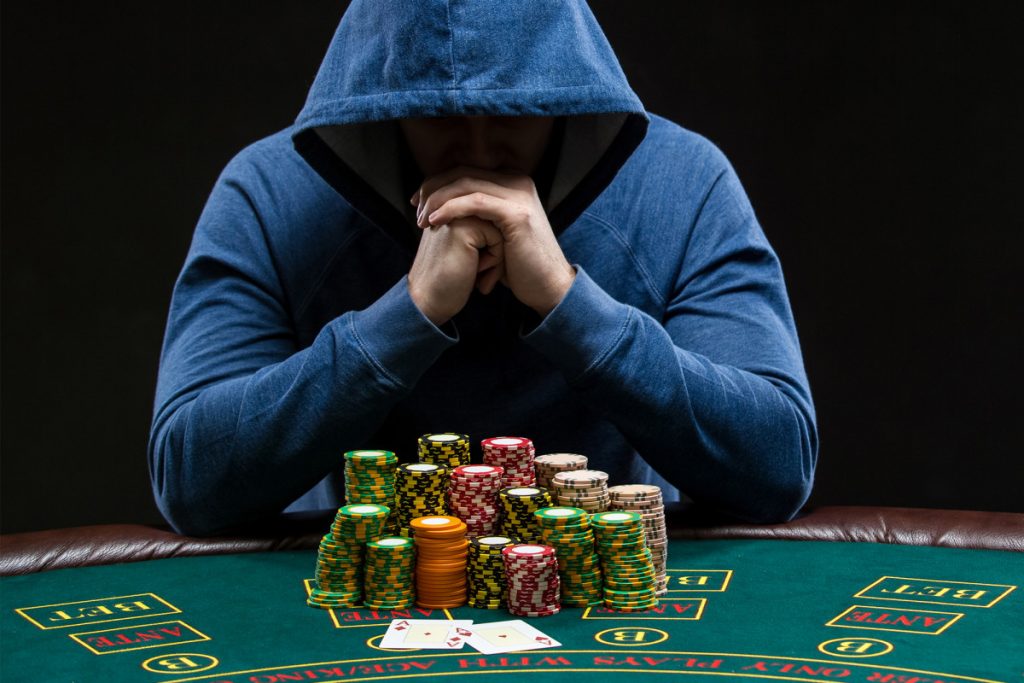 While gambling in general may hold a distinctive place in society, the moral components of conventional, social, professional, and animal gambling must stay within reason. Horse and dog racing in particular have been very popular for decades-especially due to the successes drawn in states such as Arizona, where the public remains largely ignorant toward much of the horses’ and dogs’ hidden abuse. Arizona’s future in relation to gambling may include the combination of casinos and animal racing at the same location, which would not only double the state revenue, but double the animal abuse as well. The cruelty and mistreatment by animal owners’ in the industry must be exposed and battled to keep this from happening. Horse and Greyhound dog racing should not be one of the aspects of gambling we consider “acceptable” in society-its prominence throughout Arizona, abuse towards animals, and key role in encouraging further corruption within the gambling world go far beyond people just losing their money-thousands of animals’ lives are threatened for the greedy sakes of governmental profit and mere human entertainment. This is why some experts only recommend traditional casino games like poker instead of using animals for gambling activities. With the aid of technology, poker games are now also available online like 99poker.id. This is to promote poker and other casino games that do not involve animals.