Atlanta Braves 15/1: No Cox in the dugout will hurt this team more than most could imagine. The Braves will be competitive, but 15/1 seems way too generous at this point unless they make some significant offseason moves.

Baltimore Orioles 60/1: Why not 100/1? Don’t even think about it! The O’s are several years away even with some solid young talent. Unless they switch divisions, they won’t have a shot at even making the playoffs. 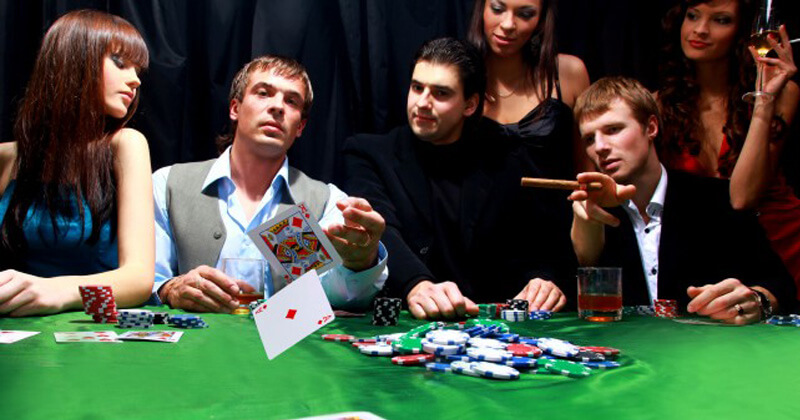 Boston Red Sox 7/1: At this point this is a terrible bet. Beltre opted out and no decision has yet to be made on Ortiz. Even if they keep both I don’t like them at 7/1. If the Red Sox slip to 15/1 I would throw a few dollars on them, but even die hard Sox fans shouldn’t take this at 7/1.

Chicago Cubs 40/1: When the Cubs are 40/1, that usually means they are more like 60/1 since the Cubbies are usually bet down more than most teams. I actually like the Cubs at 40/1 since Ramirez will be back and the NL Central is weaker than most divisions. They are still a long shot, but at 40/1, this is not a terrible bet.

Chicago White Sox 30/1: I know about the question marks this offseason with several of the players and Ozzie Guillen during the offseason, but this is a very solid bet considering their history and a decent percentage of the roster that will remain intact. White Sox fans should throw down a few bucks on this one and hope for the best during the rest of the offseason.

Cincinnati Reds 15/1: The Reds could be the 2011 Giants, but I think next season will mark the return of the Cardinals and the Reds will return to the middle of the NL Central.

Cleveland Indians 100/1: Unless the Tribe can get C.C. and Lee back in their rotation, stay away from the Indians.

Colorado Rockies 25/1: Rockies are a solid bet although they will be competing against the Giants and Padres in the NL West. Rockies had one of the best pitchers (Ubaldo Jimenez) and the NL “Outstanding Player” in Carlos Gonzalez.

Detroit Tigers 25/1: Starting rotation and bullpen still needs some stability. The Tigers will be in the hunt for the AL Central division crown, but the World Series is out of reach for the Tigers in 2011.

Houston Astros 100/1: Give the Astros a couple years to rebuild after trading their entire team away.

Kansas City Royals 100/1: The best value by far of all of the 100/1 teams, but the World Series is a long shot. Royals could be the 2006 Tigers. Put a few bucks on the Royals to win the AL Pennant, and even the World Series just because of the strength of their pitching.

LA Angels 20/1: I really don’t like this, the Angels will not get past the Rangers next season even if Texas can’t bring back Cliff Lee. I don’t see the Angels back in the playoffs for several years.

LA Dodgers 25/1: I slightly like this just because of their division and the shifting that occurs each year allowing teams a chance to get in the playoffs with a weak record. Still, the Dodgers aren’t winning the World Series in 2011.

Milwaukee Brewers 80/1: They are better than 80/1, but can you really see the Brewers even making the playoffs?

Minnesota Twins 20/1: Not too shabby of a bet if the Twins can stay healthy. I still don’t think they can get past the Yankees, but at 20/1 it’s worth a shot.

New York Mets 40/1: It doesn’t matter how much talent the Mets recruit, they just can’t pull it together. I actually like this bet a lot at 40/1, but I don’t expect them to cash it in. If you are taking a couple teams as long shots, I would throw $10 on this. The Mets have a decent mix of pitching and hitting.

Oakland A’s 50/1: Still a lot of work before the A’s are once again competitive. I like their young pitching staff but overall I still wouldn’t take them at 50/1.

Philadelphia Phillies 5/1: I like the value bet on the Cardinals at 15/1 much more than the Phillies at 5/1. The Phillies are very strong, but I still don’t like the odds seeing how they got tripped up by a team with minimal offense in the Giants this past season.

San Diego Padres 30/1: They need more offense. Gonzalez can’t do it by himself.

San Francisco Giants 12/1: I like it, but lets see what happens to their roster in the offseason first. This is a ‘hold’ if we are playing the stock rating game.

St. Louis Cardinals 15/1: Fantastic bet even for a Cardinal hater like myself. The Cardinals have a star studded lineup and are strong in most areas. Pujols may be unhappy if he doesn’t get an extension in the offseason but I still really like this team to bounce back in ’11.

Tampa Bay Rays 10/1: Maybe the worst spread on this entire board. I don’t care if you are an owner of the Rays this is a sucker bet. Do not take the Rays at 10/1 or even 20/1 for the upcoming season. The Rays have 10 free agents from their current roster including their closer Soriano, first baseman Pena, and star outfielder Carl Crawford. If you could bet against a team a 1/10 odds I would take it hands down. The Rays may be competitive but won’t be around come the playoffs next season, and certainly will not be in the picture for a Championship. 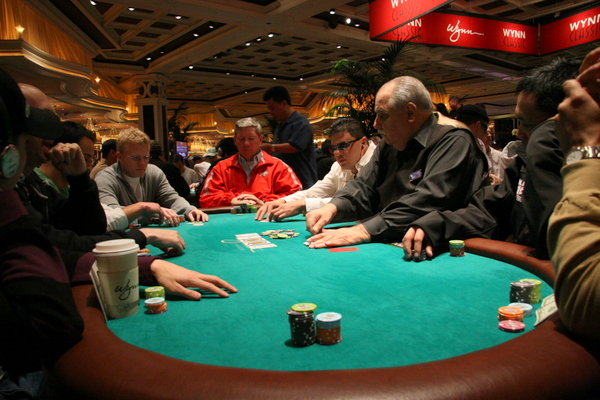 Texas Rangers 15/1: At this point this is a solid bet. If Cliff Lee somehow returns, this spread quickly turns closer to 12/1 or even 10/1. Letting go of Guerrero may hurt the offense but he added too many strikeouts so the loss may be less than one might think.

Toronto Blue Jays 60/1: The AL East could be down slightly due to the Rays losing a lot of free agent talent, but I still wouldn’t take that as a large opportunity for the Blue Jays without any true stars on the roster. Even at 60/1 I don’t like this.

Washington Nationals 100/1: Not enough of anything to give them a chance. The National might be a dark horse team in 2012, but 2011 is out of the question with a recovering pitching staff due to the injury of Strasburg.As a rule of thumb, just like when playing poker, betting requires you to become strategic so you could easily win on this game. You have to take advantage of your opponents and you have to carefully consider all the factors to ensure that you have high chances of winning.

After telling people that I have played a lot of poker at casinos over the years, I am sometimes asked, “How do casinos make money off of poker?” These people figure that since poker is played against other players that the casino does not make any, or much money off of poker. This could not be further from the truth.

There is nothing wrong with making money and the casino is one place that has come into being for the sole purpose of not only making but losing it as well so to say that casino makes money is a theory that might not be as simple as a bandarq online. 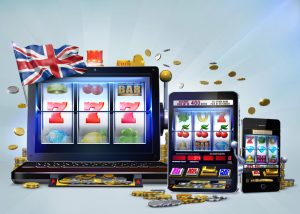 Some casinos have instated a cover charge for playing in, or even for entering, a poker room. While this is becoming less and less the norm, the casinos that do still hold on to this practice usually make enough to pay most of the poker room payroll.

The way that most casinos will make money in their poker rooms is through what is called, “the rake.” This is a small percentage of each pot that goes to the casino. Some casinos will have a flat rate for their rake, while most will have a set percentage that will be taken. The larger the pot, the more the casino will make on the rake. 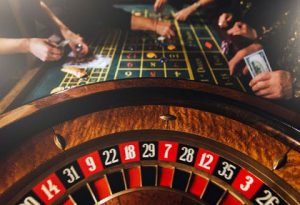 The casinos that hold major professional poker tournaments find that they have unlimited potential for making money. Some will charge rental fees to companies that are there to promote products, while others will require these vendors to pay a percentage of their take during the tournament. Some will charge fees to the companies that are showing the tournament on TV. Others will have memorabilia printed and marked for the tournament and sell it. Of course, there is also the entry fee.

Keep these ideas in mind the next time that you step into a casino’s poker room. Remember, even though you are playing against other players, and not the casino, the casino is still making money off of your play. Sometimes, in more ways than one.

If you are serious about online poker, then it is important to own online poker tools. Statistic tracker and odds calculator are the two internet poker tools that can help you out to be a pro player. Having these two tools can improve your game and help you to be a winner. When you search on the internet, many poker tools can be found with ease. All these tools are not created equal, and that’s why you should pick the one wisely.

You can get recommendations from experts to narrow down the search options. Make sure you are choosing the best poker tools in order to improve your winning chances. You should never make the mistakes of getting the wrong poker tools. 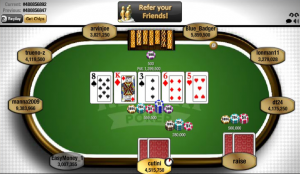 When you play poker games, you should make use of the best poker tools. In order to know all about these tools, you should read the points which have been mentioned below.

Instead of using a poker tracker, you can make use of the poker office to improve your game. With the help of this tool, you can view betting patterns as well as their statistics of other players. This tool also allows gamblers to find the weakness in their game.

Well, it is a reliable tool as well as easy to set up. This tool tracks the play of many players, which means you can check the statistics of all players. With the help of this, you can choose the players to play against. 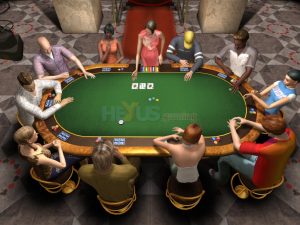 In addition to this, you can also find many other tools that can help to enhance your winning chances. You can visit website to know all about the other poker tools that beginners should use to improve the game.

How Do Casinos Make Money Off of Poker?